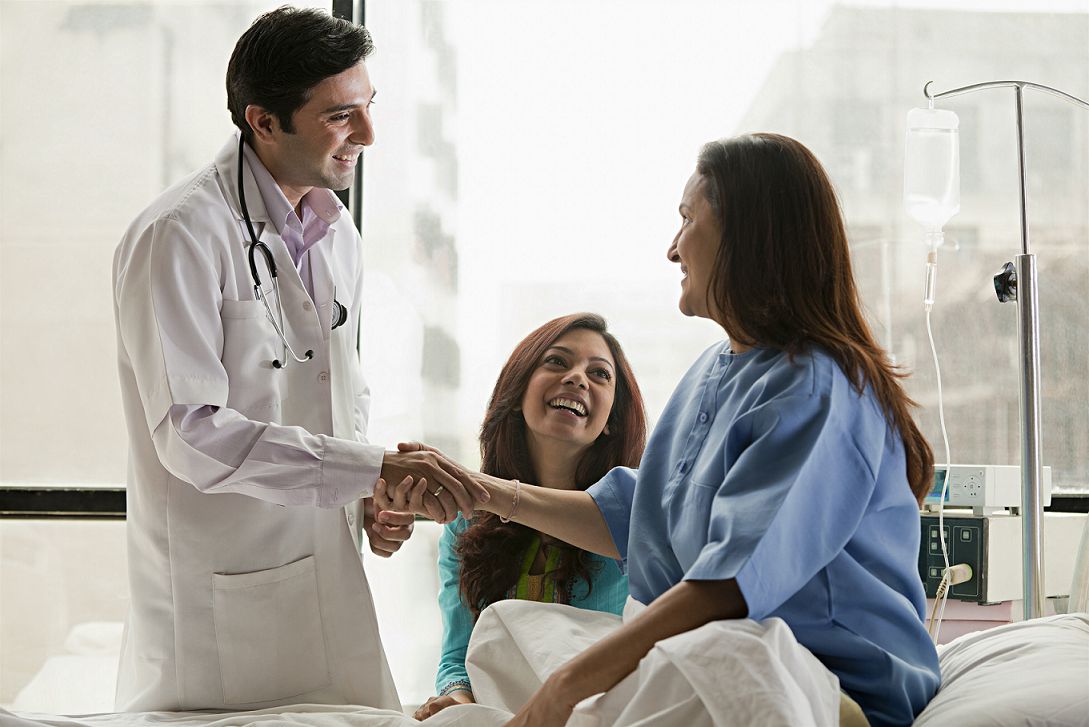 Where Bangladesh is concerned, cervical cancer and its treatment are very important; cervical cancer ranks highest after breast cancer for Bangladeshi women. This cancer is a burden for Bangladesh due to a lack of screening, child marriages, sexually transmitted diseases and low socioeconomic status. However, due to the unprecedented advancement of medical science in this country, Evercare Hospital has made great progress in the diagnosis and treatment of cervical cancer. It is now possible for patients in our country to receive world-class medical care for almost all cancers, including cervical cancer.
Radiotherapy is a very important treatment method for cervical cancer. Surgery or radiotherapy have similar results, especially in cases of early-stage cervical cancer. However, if the cancer has progressed, chemotherapy can be added to radiotherapy to make the treatment even more effective, giving better results.
Recently, thanks to new methods such as ‘abdominal CT scan’ or ‘MRI scan’ which help to understand the stage of the cancer, it is possible to treat it more accurately with modern radiotherapy.
Role of Abdominal CT Scan in Radiotherapy Planning:
If cervical cancer has spread to lymph nodes around the uterus, it is considered a bad stage of the disease. In all these patients, if the lymph nodes are not properly treated, the chances of disease recurrence increase. Abdominal CT scan is more helpful in finding these types of lymph nodes than CT scan or MRI. In that case, before starting the treatment, CT scan of the abdomen can provide a clear idea about the stage of the cancer and the radiation oncologist can make the right decision regarding the treatment of the patient. If there is a metastasis in a lymph node, from taking the area along with the nearby lymph node station to giving a higher dose boost to the diseased lymph node with the SIB technique – all are possible with modern radiation such as IMRT. through therapy.
Also, many times through abdominal CT scan it can be diagnosed if cervical cancer has spread to other distant parts of the body and in that case the treatment plan changes to a large extent.
Role of MRI in Radiotherapy Planning:
Cervical cancer staging and radiotherapy planning are based on clinical data. Local extension of the tumour, especially its size, whether the parametrium is involved, and whether it has invaded the pelvic side wall, are often difficult to determine by clinical examination alone. In such cases, MRI is very important, as it gives a good idea of how far the tumour has spread and how much the disease has been reduced by treatment. After pelvic radiation, it is possible to obtain a clearer picture of residual tumours with MRI than with both CT scan and clinical examination under anaesthesia. In addition, MRI-based brachytherapy allows higher doses of radiation to be delivered to tumours than in conventional brachytherapy, while also protecting radiosensitive organs such as the rectum and bladder.
Many patients are treated with a technique called intensity modulated radiation therapy (IMRT). IMRT is a type of three-dimensional radiation that safely and painlessly delivers a precise radiation dose to a tumour, while greatly reducing the dose to the surrounding normal tissue. This usually requires 4 to 6 weeks of treatment.
It is hoped that the above-mentioned procedures, from abdominal CT scans and MRI to advanced radiotherapy such as 3D CRT, IMRT are now available in Bangladesh.